My colleague's husband asked if I could go bowling with them. He wanted to practice because he got a tourney coming up. I am always up for bowling...

But the bowling won't start until 10-ish, so me and the colleague had time to kill. We decided to go to eat Soto or as they call it, 'The Best Soto in Town'. The restaurant is off of MRR2, opposite of Tesco Ampang...

We were joined by another colleague for dinner. Hmm, the original foodies are re-united, for one night only... (so Mamma Mia!...) 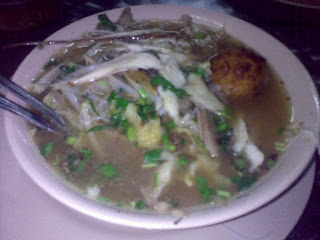 I been there once before. One serving is not enough, even though the portion is quite big. I don't know why I don't wanna order another plate... instead I ordered satay. Yes, been jonesing for satay but haven't had the chance to go to Miami AKA Restoran Mulia yet... 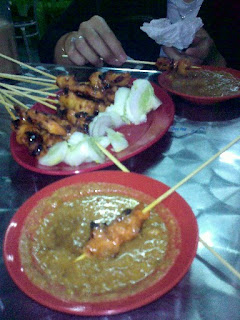 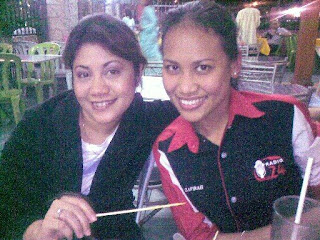 Venue: For some reason, the name of the place escapes me... Off of MRR2, Opposite Tesco Ampang
Cost: Free (thanks to Husna)
Foodie: Husna Afifi, Zafirah Najmi 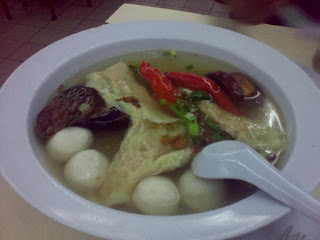