Last Saturday, I had a craving for ikan bakar at Jalan Bellamy. Run the plan by Panzer and he did not mind. So we headed there, salivating over the thought of having grilled seafood. Unfortunately for us, that stall was closed. Maybe they closed shop on Saturday.

So Panzer decided to go to Tupai-Tupai. It's been a while since I was there. Three years I think. Panzer mentioned they do the goreng stuff at night but when we get there, Tupai-Tupai now offers Steamboat Buffet. After deliberating over the menu, we decided to go for the Steamboat. 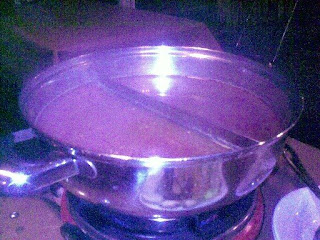 Three options and we could choose two soups. Coconut-Based Soup and Tomyam Soup. 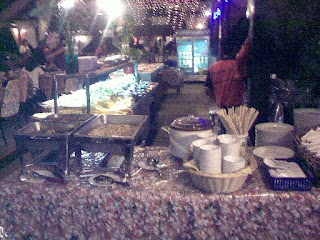 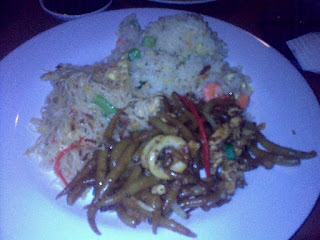 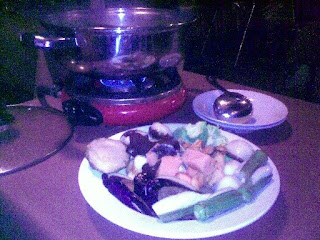 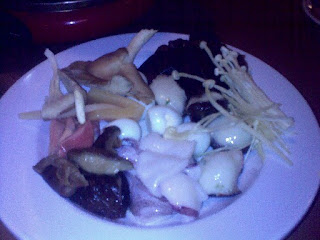 The best thing in the bunch: Stuffed Shitake Mushroom 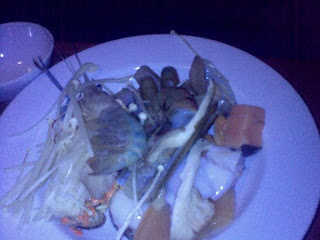 The best thing in the bunch: Salmon 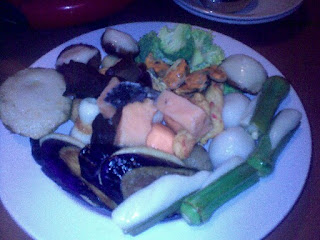 The veggies surrounding the seafood 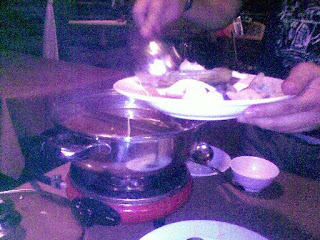 Panzer putting the stuff into the steamboat contraption 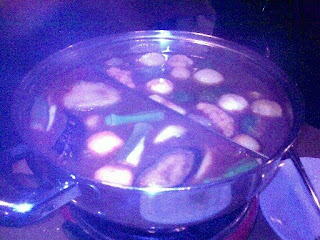 Waiting for the food to cook 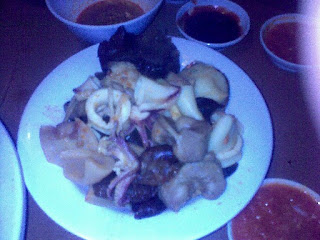 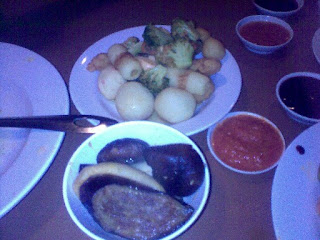 Would you believe the red sauce is just Chicken Rice sauce? 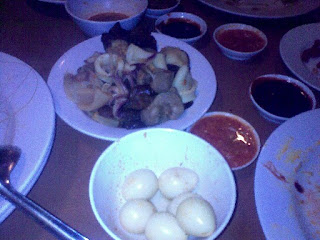 Quail Eggs: Do not eat immediately after taken out of the boiling soup. Will explode in mouth. 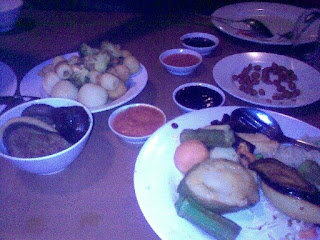 Panzer and his love for shellfish... 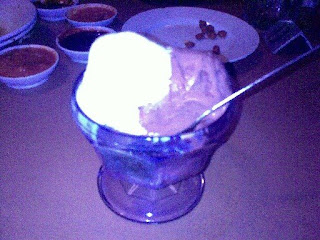 This was a pleasant surprise. We did not anticipate the food to be that good. The soups were kick-ass! Some of the steamboat stuff were not available at other steamboats I've been to so I was quite satisfied.

After the delicious dinner, we headed to Times Square for our rendeszous with the rest of the gang for bowling. Since we were slightly early, we decided to stop by the arcades at Level Six and play some video games.
Panzer is extremely good. Keeps kicking my ass at Marvel Vs Capcom. I lost at least RM6, until I finally get it thru my head that I can't beat him so I moved on to play Tekken 5. 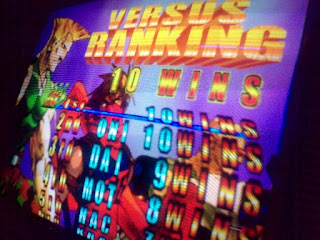 
At 11, we reconvened at the bowling alley on the 5th floor and played 3 games. I don't know why I bother to play with him since he's so good at everything. He won the first game and the last game, I think. Although I am not quite sure, maybe it was someone else kot winning the third game. I only managed to sneak a win in during the second game. I think his finger was hurting hence I could get that win... thx for the kind words... here's something u shud check out, and maybe we cud try em sometime.