One night, Iskandar had a craving for Arabic food but no one wanted to brave the KL traffic heading to Bukit Bintang so we decided to go to Taman Dagang instead.

There's an Iranian restaurant there by the name of Pasargad. It's located opposite Galaxy, near Wong Solo. We'd all been to Wong Solo before and saw this restaurant but had never wanted to try eating there. It almost always seemed empty. 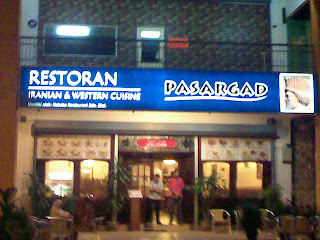 The front of the store, which seems kinda lacking patrons
We went in first, waiting for Is to show up. It was just the two of us in the whole restaurant. We decided to order drinks first and were disappointed to find out that a lot of the things in the menu are not available. Okay, let me rephrase. They were out of yoghurt, which pretty much is the main ingredient in a lot of the food offered. 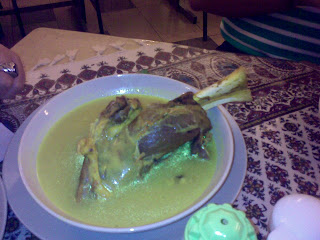 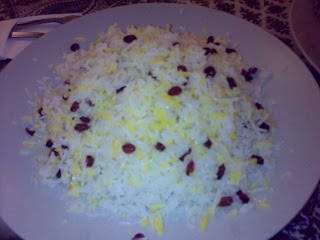 Barberry Rice
(not to be confused with Burberry Rice, which would come in checkered patterns) 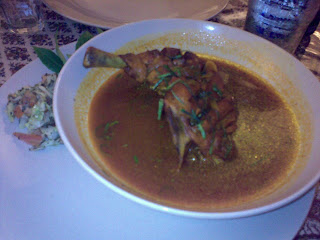 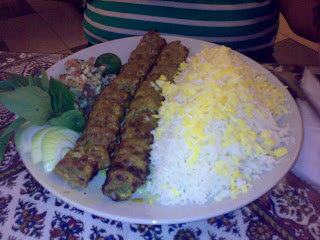 Is' Lamb Kebab with Rice 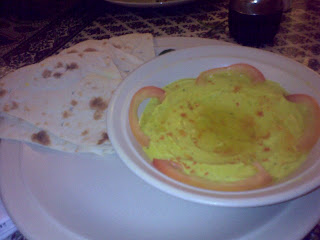 My meal was nice. The soup/gravy was new and I enjoyed it. Couldn't put my finger on the taste though. Panzer's was a bit too lamb-y. Twas like they had goats soak in the soup or something, which technically would have been correct since they'd be boiling the meat in the soup. But the taste was overwhelming.
The kebab was okay I guess, nothing too special. So was the hummus. Although it was good, it was not that memorable.
I hope this place stays open for a while longer coz I loved my Barberry Rice with Chicken. :)


Venue - Pasargad, Taman Dagang
Cost - Forgot... this was an outing months ago... but it was not too expensive... my meal was around RM20ish
Foodie - Panzer, Iskandar
Posted by The Wan And Only at 12:39 AM