One fine day after work, Gua and I went to Pappa Rich in Bandar Sri Permaisuri (down the street from my place jer)... 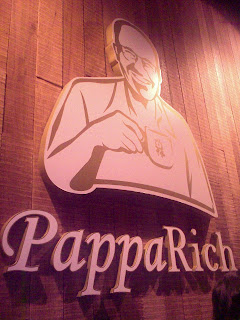 I had been at the Permaisuri one a few times with the others but we've never really had dinner there. Mostly just go there for drinks coz their drink menus are pretty good. 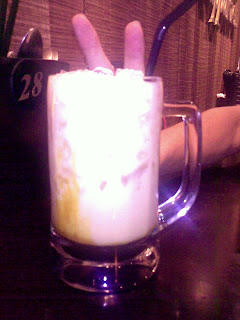 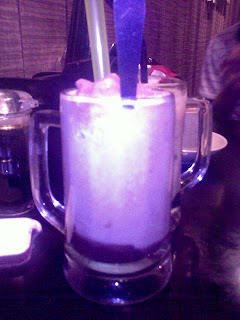 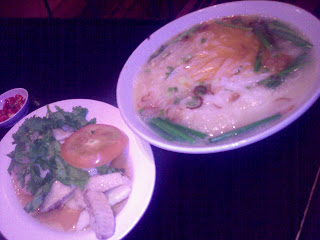 Forgot the name of this... but basically it was
kueytiaw soup with steamed chicken (I love steamed chicken!)
Please note that all of the below photos are Gua's orders. I put this disclaimer forth so that people would know that I am not that big an eater, even though I am big. Gua's a walking skeleton but he eats more than me... behold... 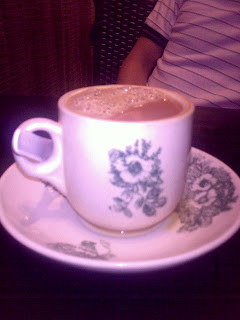 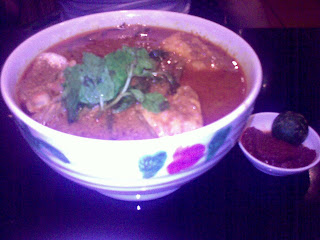 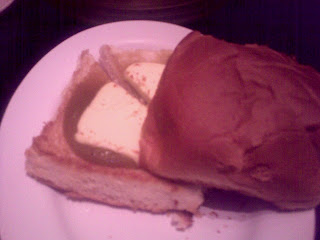 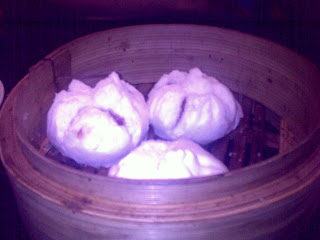 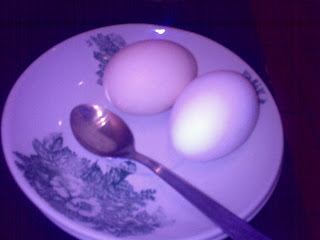 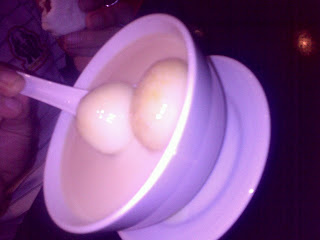 Gua's Soybean Balls
Phew! Okay, okay, he does give me some of the food, but only a tiny piece. And he polished em all off... not a single strand or drop left... dasat and he's only like this tiny man...

of course, coz u can make better right?