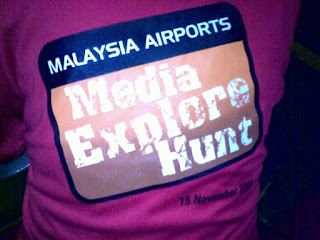 Last weekend, me and the other colleagues participated in the
Malaysia Airport Media Explore Hunt 2008. 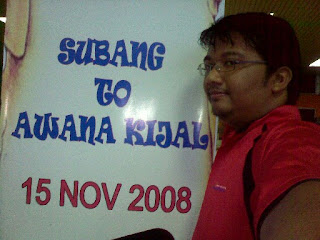 From Subang to Awana Kijal. 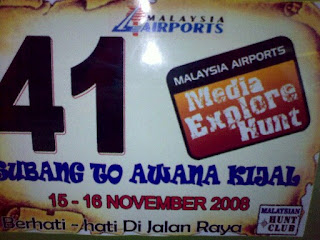 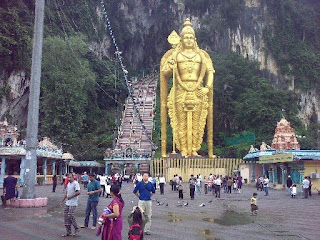 One of the tasks we had to complete was climbing up Batu Caves
to get the clue for the task and then come back down to complete said task.
The task was to do teh tarik within 10 seconds in humungous jugs, three times. After that, they'd measure how much we have left in the jugs. We managed to do three within 10 seconds but a lot was spilled so we scored only 3 points.

The other tasks were photo hunt and taste test. For the photo hunt, we had to go to Kuantan Airport. We were given part of the logo and we had to seek out which logos were used. We missed out on one logo.
The taste test was the final one, at Awana Kijal. We had to taste a concoction of spices and guess five out of the seven spices used. Luckily, our taste palate were okay coz we guessed correctly all five! :)
And of course, any treasure hunt would not be complete without the treasures. We were given 4 clues to find four items. We managed to decipher the first one without much hassle. The second one too but we had a difficult time choosing which among the many items of that brand. The third one we spotted by accident in a 7-11 and we completely blanked on the fourth one. 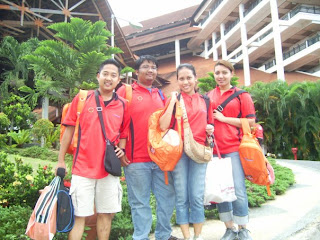 Awana Kijal, 10 hours later, being the 23rd team to cross the finish line 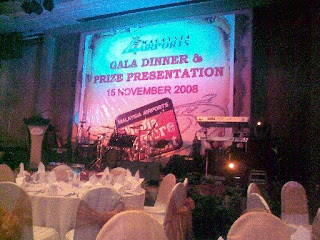 The dinner for prize presentation
I thought we had a sporting chance of making it but after they revealed the answers, there was no way in hell we'd win anything. Most of the questions were wired so weirdly that we did not get it. The answer schematics were funky as well. We lost out on at least four questions because we were not clear on what they wanted. We found the damn thing but we did not include some of the things on the board so we lost out. Dammit. 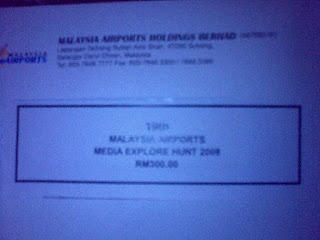 But we placed 19th anyway!! We got the most treasures.
Almost all the teams missed out on Item 3. It did not help when we bought
every packet of the item in that 7-11. Hey, there's more at other 7-11s... 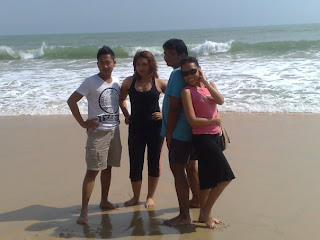 When we left Awana Kijal, we headed to Kuantan to my parents' place for lunch... that would be another post...
Posted by The Wan And Only at 3:08 PM