While waiting for my fren to show up (we were going to watch Watchmen in Times Square), I went ahead and had dinner at Secret Recipe. 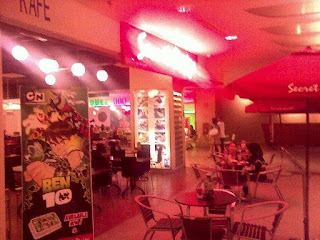 Secret Recipe has one of my favorite dishes. The Chicken Cordon Bleu. No other venues make it as good as Secret Recipe. 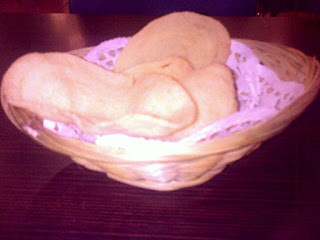 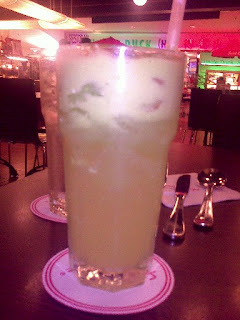 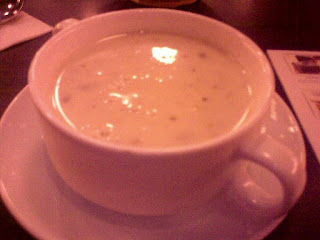 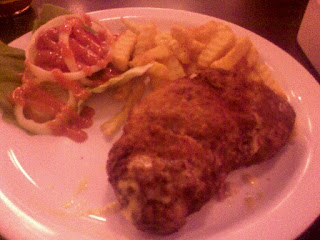 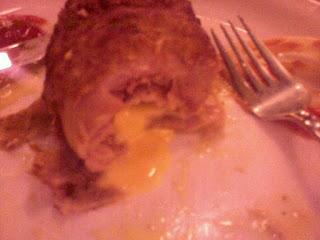 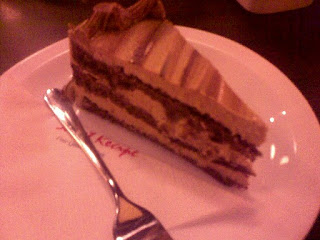 Hazelnut Cheese Cake
As usual, the Cordon Bleu did not disappoint. It's crunchy on the outside, tender on the inside and gooey at the center.
The Hazelnut Cheesecake was quite nice also. The mushroom soup was a bit of a letdown. Tasted like it was made from the powdered mix or from a can. Guess that's expected eh?
All in all, Secret Recipe has a winner with the Cordon Bleu... :)
Venue: Secret Recipe, Berjaya Times Square
Cost: RM60 +
Foodie: Abah